It’s time for some feel good TV recommends. The kind of warm-hearted shows that you can relax in, like a hot bath with one of those Lush bombs. And one thing you’re able to do at the moment is actively diversify your media consumption, without missing out on genres and styles of shows you love, thanks to television companies finally working hard to make their output more inclusive.

It’s not like I’m against some violence, sex or general adult themes on TV. I like a lot of dramas, comedies and thriller shows that can include shocking, scary or exciting moments. But recently it does feel as if there are too many TV shows and films that just lean into violence and especially casual cruelty. You know that sinking feeling you get, when you start watching a TV show that everyone has raved about and the first thing that happens is, oh look: here’s a woman’s dead, naked body. Or you’ve been watching for twenty minutes and suddenly, oh here we go: a scene takes place in a strip club for no good reason. How come the irrelevant strip club always shows up in episode one? Because too many of the powerful TV executives who ‘green light’ TV shows are still old men.

Here are 10 of my favourite recent shows that don’t have life-or-death peril, or cruelty at their heart, especially not a dead woman as their initial premise. These are some lighter shows that fill my heart, make me laugh and help me chill out. I also love that in the age of Netflix, Amazon and other streaming services, the classic idea of the ‘TV movie’ has got a new life. So I’ve included a couple of my recent favourites.

If you’ve never succumbed to The Good Place, the final season is now out, so the fans know how it finishes. But you can still get involved – and don’t read anything about it, because the Internet is full of spoilers, just dig in! Eleanor Shellstrop (Kristen Bell) dies suddenly and finds herself in The Good Place, with a lovely guide played by Ted Danson, who explains that everything will be perfect in her afterlife. She’s even paired with her soul mate. But Eleanor soon realises that it’s all a mistake: she was never a good person on Earth. So how will she fake it, to keep her spot in heaven and not end up in The Bad Place? British TV presenter and activist Jameela Jamil has become a global superstar through a role in this lovely, clever, big-hearted show about philosophy and positivity.

Drama series set in the late 1950s and early 1960s, about a wealthy New York housewife who starts a secret alternative career as a stand-up comic. Mrs. Maisel is beautifully played by Rachel Brosnahan and the show has the same attention to period detail and costume as Mad Men.  This show made me want to go on a stand-up comedy course! The stand-up material is fun and the character is loosely based on the early career of Joan Rivers, with filthy jokes to match. 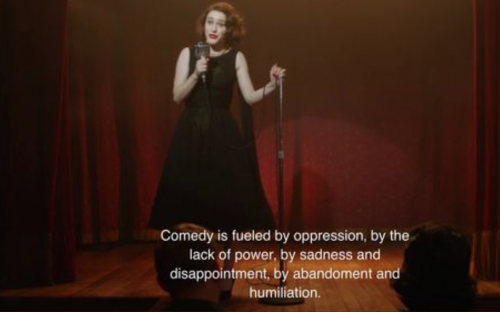 She-Ra And The Princesses Of Power (Netflix)

If you grew up in the 1980s you’ll probably remember She-Ra as the sister series to He-Man. You may not know that there’s been a crazily brilliant reboot on Netflix, which has so far run to four series and it’s wonderful, especially seasons #1 and #4. The show has a progressive, diverse team of teenage princesses trying to defend their planet from evil invaders. But it uses this action premise to develop complex relationships and challenge the norms of  animated adventure. It’s both brilliant fun and unexpectedly moving. Even the villains have relatable, understandable motivations. 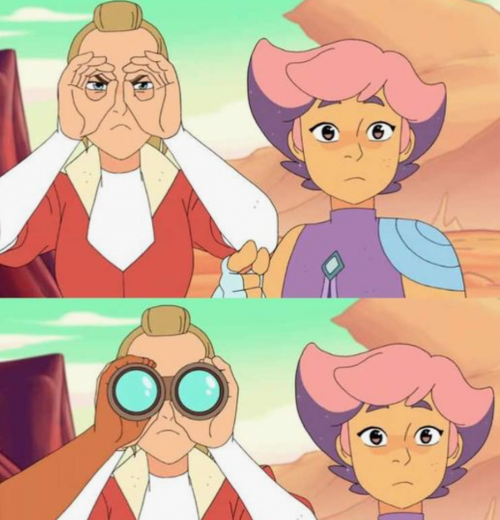 To All The Boys I’ve Loved Before (Netflix)

A high school rom-com TV movie with an Asian-American girl in the lead role, where the girls aren’t (too) mean and the guys are (pretty) sensitive. What’s not to love? They’re making a trilogy of films and the sequel, which just came out, isn’t as good and is more conventional. But still worth a go. Think Pretty In Pink for Gen Z. 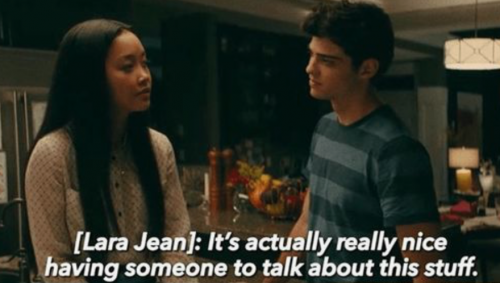 Always Be My Maybe (Netflix)

Sometimes you just want to watch a rom com that’s not from the 80s, because even the best 80s ones are so problematic and (of course) the men get away with stuff that we don’t want to sit through anymore. Crazy Rich Asians did this job wonderfully, even within its ultra-privileged setting. So now we get fabulous films like this. Best known for stand-up but a terrific actor, Ali Wong leads a great cast through an acerbic, often hilarious, chaotic – but of course in the end heartwarming – romantic comedy, about a successful but recently single chef, who bumps into an old boyfriend. Worth it just for the show-stopping cameo from Keanu. Yes, Keanu’s in it – as himself. 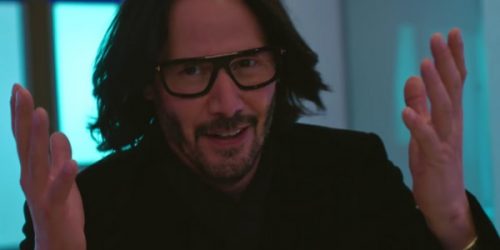 What were your teen years like? This series set in the 1990s is totally relatable for anyone who was ever a teenage girl and went to an all girls school. The British military occupation of Northern Ireland is the backdrop for this hilarious sitcom, set in a Catholic school run by nuns. Expect to (maybe) need subtitles if you’re not used to the accent. 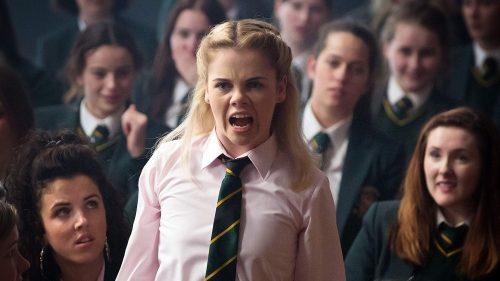 Abstract – The Art of Design (Netflix)

Relaxing doesn’t have to mean fiction. Here’s a Netflix documentary series of one-off stand alone films about individual designers and artistic makers that will WOW you and make you feel super-clever and arty, both at the same time. If you’re interested in design or any kind of creative process this is the series for you. It really is fascinating. Start with the first episode of series two, on architect and environmental activist Olafur Elisasson (of recent Tate Modern ‘In Real Life’  show). 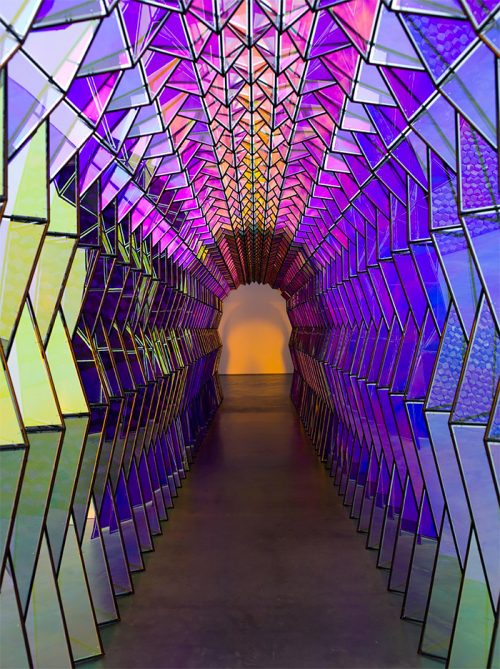 Forget the 90s makeover series, the rebooted Queer Eye is a progressive, heart bursting tour-de-force. Our heroes (the ‘fab five’) do as much work on psychology and empowerment as they do making over wardrobes and hairstyles (though that stuff is fun too). They’re also using their huge celebrity away from the show for various good causes as well. This is the sort of purposeful, basically kind, feelgood series that will make you cry in the best way. 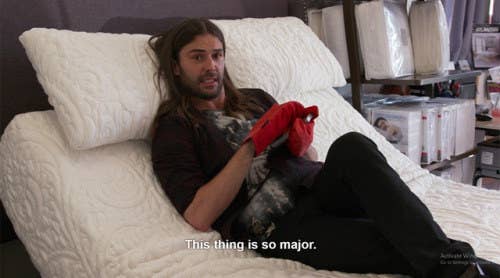 This is a super cute series where Reese Witherspoon tracks down her heroines and is a fangirl over them. Episode One features legend Dolly Parton whose rags to riches story is always worth hearing. I love seeing how Reese matches her outfit for each super woman she meets. 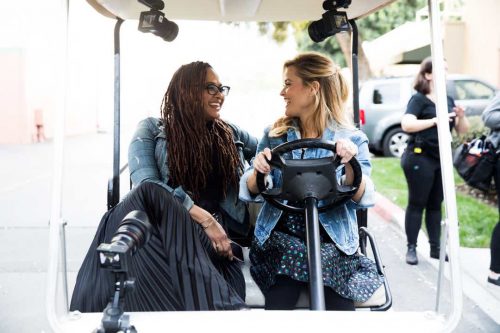 Perhaps the greatest animation studio in the world is Japanese house of wonder Studio Ghibli, built around the genius of two master directors Hayao Miyazaki and Isao Takahata. For a long time, these films were hard to find (and almost never free) on streaming services. But now Netflix has got hold of a whole pile of classics. If you think these are just cutesy Disney-style cartoons for kids, think again my friend. These are surreal, nuanced, complex masterpieces, where nature Shinto philosophy meets fantasy feel-good considerations of good and evil. Start with outright masterpiece Spirited Away and super-cute melancholy adventures My Neighbour Totoro or Kiki’s Delivery Service. All beautifully rendered and relaxing, you may well find yourself getting into cosplay after watching a few Ghibli films. YAY! 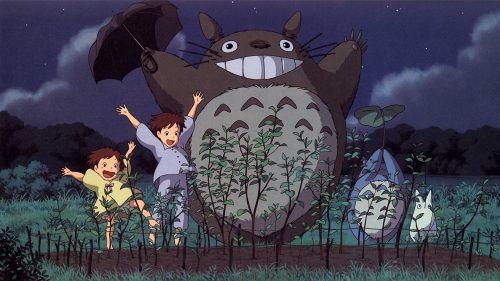 If you’re interested in hearing more about my thoughts on arts, culture, tech and diversity, I have a weekly podcast with my husband Chris. Search for ‘Refigure Podcast’ on all podcast platforms including Spotify, Apple Podcasts and Sticher. 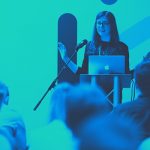 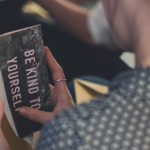