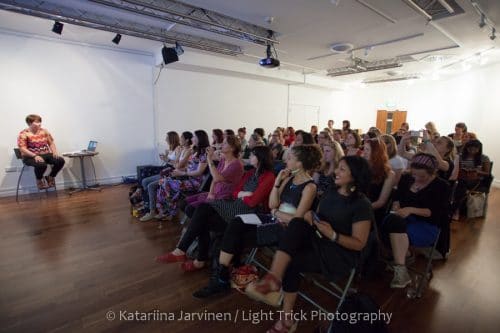 Prompted by a shortage of female job applicants and the experiences of their MD Claire Hopkins, tech company Ideal interviewed a series of women about their experiences working in tech. Are things any different in the wider technology sphere, and particularly in the digital sector? Here’s the interview with Rifa.

What did you study at university?

I was supposed to do English Lit at Goldsmiths but had a bit too much fun at sixth form, so I ended up doing Business Studies with Marketing at London College of Printing (now LCC). My first web design experience was working with a tutor in desktop publishing using early Apple Macintoshes – the kind you see in museums now. He introduced me to the first web design company, Obsolete, which was making websites for Levis. Not that anyone knew what the internet was back then!

How did you get into a career in IT?

Back in the 1990s I was the only person I knew who’d bought a computer for home – it was massive, weighed a ton! – this is way before smartphones or broadband. I got a project management job at probably the first viral marketing company, creating competitions and email marketing, as well as early micro sites. Then in 1999 I worked for Wax New Media as sole producer on the first Channel 5 site, managing a big team of designers, programmers and editorial staff. It was hectic – we were inventing the rules of production as we went along. I do think that project changed the face of websites, especially in the TV industry – before we launched, even the BBC hadn’t worked out what they were doing with the web. I also had a great time working for digital advertising agency Zinc Limited on their prestigious Microsoft account.

Do you enjoy it?

I still love it, even after all these years, though that is partly because I have other passions away from the tech industry and I’ve always taken time out when needed. We ask a lot from digital project managers: to be creative, to be client-facing, to find technical solutions across multiple projects, to be team leaders and to be good at finances. I moved to Brighton in 2002 and worked with a lot of local agencies. The digital PM is a highly skilled function, but occasionally agencies still think it can be done by an office admin person.

Do you know any other women (friends, peers, relatives?) who work in IT?

Almost all of my friends (male and female) work in the tech industry. Back in London when I was at Zinc, it wasn’t unusual to see women at all levels of the company. We had female designers and developers – which is testament to the diversity of those agencies as early as 2000, and something that I probably took for granted at the time. The Zinc girls were a force to be reckoned with – many of them went on to work at the highest levels.

Much more recently, when I started SheSays Brighton in 2011, it was a space for women in digital to hear successful women’s stories, to be inspired and to support each other. We’ve grown to 1,000 members [now 2000] and I’m glad to say many of my friends and peers are thriving in this industry. It’s good to know: when you’re struggling at work or you are asked to do a speaking event, that 1,000 women are standing with you, cheering you on.

I still see a lot of events with all-male panels or speakers. My message is TRY HARDER! Look outside your little sphere. I’m proud that SheSays Brighton is helping change perceptions in some key conferences and companies here.

Would you recommend IT as a career to girls who are thinking about their future careers?

I would, it can be incredibly rewarding and even if young women choose a different career after training in tech, the skills learnt are valuable everywhere. I’m glad there’s a whole new generation of talented coders in Brighton – from web developers to back-end coders to mobile developers. They don’t have the same cultural references as we did about coding being geeky or weird (and therefore gendered towards the guys). There’s a great podcast about that here – it examines how the numbers dropped for girls applying to do computer science when films like Weird Science came out, and how early home computing was advertised exclusively to boys.

What’s the best thing a girl or woman can do to get into IT?

Teach yourself as much as you can, as early as you can, via the internet. Don’t wait for permission! YouTubers are great at this: make something, test it out, make friends with developers online and at meetups. They are a friendly bunch and there’s no need to wait for formal education. Get going!

In Brighton there’s a new initiative coming soon to help women into gaming and making games. Research, attend conferences, if you like writing, or social media, start thinking about how you can use your skills to fit in. This industry is the most exciting, creative and inspiring. It’s also still growing exponentially, so it’s future-proof. Lateral thinking, networking and innovation are all powerful. Come to SheSays Brighton events or Codebar Brighton.

Also it needs more diversity because digital advertising agencies are still run by mostly white middle-aged men, who consider ‘women’ a market. Another great initiative is Digital Mums – they train women returning to work after having kids to use social media and give them real work that they can fit around childcare.

How can we encourage more girls and women to consider a ‘technical’ career or a career in IT?

That’s a complicated question. It’s about supporting women and minorities and getting them access to training, encouraging them to get on courses, and giving them an interest in tech as early as possible. Also, when talking to younger people about this career, I always call our trade ‘tech’ rather than ‘IT’ since that (and even ‘digital’) sound a bit outdated now.

Then there’s keeping women in the industry – helping HR companies to be gender-blind in recruitment, while also being positive about encouraging women in design and development. Women who thrive in the tech world often have a partner in tech and a network of allies who encourage and help them. This is so important. Not to feel isolated – I know there are many women who say they’ve never had any problems in the tech world but the stats say that we still need more women in the industry across all functions.

There’s a great article here on Recode, which cites some of the statistics about how well companies founded by women perform, and suggests some more ways in which we can encourage and support them.

Are you a woman in tech who needs more support? Get in touch 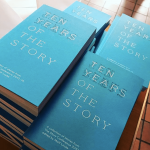