That time I hosted The Story conference

The Story conference is the brainchild of former BBC and Channel 4 commissioning editor Matt Locke. This year was the 10th anniversary of The Story – a one day event that has brought together an eclectic mix of speakers such as Jarvis Cocker, Adam Curtis, Juno Dawson and Stella Duffy. The aim of The Story is to hear from creative people, not only about their work but the process and the emotional journey too. This annual conference has a loyal and engaged audience, many from the media, film, TV and creative industries. They trust the curation if the event and attend every year, often buying tickets before the line-up is announced.I

I was honoured to be the host as well as co-producer of The Story 2019. I was hired to produce the conference and then on day one, Matt asked me to host. I couldn’t say no, though I was a bit worried about how to run the conference as well as compere. Onstage, my job was to keep the energy up and introduce all the speakers in a positive and uplifting way. This year’s highlight was Justin Thompson the Production Director of Spiderman: Into The Spider-verse. The film won the BAFTA and Oscar for Best Animated Film and in-between those two ceremonies we flew him over from L.A. to tell us about the extraordinary process of creating a film with an 800 strong team, multiple moods and boundary pushing characters, all within two years – an extremely fast turnaround time for an animated feature.

As well as organising the production, the event included a free book of past talks – highlights from the past 10 years of The Story events, illustrated and printed by Storythings, Matt’s production company. I’m proud to say I managed the complete process of transcribing, designing and printing 500 printed paperback books, delivered in time for the event, in a beautiful on-brand blue colour on lovely paper. I also managed to send them out to all the speakers whose talks were included in the book, many of whom live overseas.

I’m hugely grateful to Matt Locke for trusting me with these interlinked projects; the production of his event and for pushing me forward as the host. We’d never worked together before but had known each other’s reputations for a long time. I’ve learnt a lot from Matt: his approach is different from how I’m used to working in Web and mobile development, yet familiar for work in the creative industries. We’ve also worked together on projects for Shakespeare’s Globe and on a YouTube series for Google Learning. One of my fave quotes from Matt is about The Story: don’t get bigger, get weirder.

I’m glad to know that our approaches complemented each other and, knowing the networks and connections I have in Brighton, added value to the projects as well as enriching my project management experience. I felt uniquely respected and valued by the Storythings team. It’s a special place to work.

If you’d like to talk to me about an event you’re planning, get in touch. 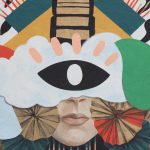