To Be a Woman of Colour in Tech

I love working in the tech industry. It’s the most interesting, innovative space to work in and the most buoyant and lucrative. I want to see more people like me getting into digital. Diversity and inclusion are hot topics right now. I’ve been talking about the issues of getting more women into tech, digital and senior positions for years. As a woman of colour (WOC) working in the digital industry, I tick a couple of boxes for diversity. I wanted to talk to other women of colour in the industry to find out if their experiences reflected mine. I asked them what advice do they have for people of colour in tech. There’s a list of resources and terms at the bottom. main image: Mishfit Art.

Jana Lyon started her career on The Voice newspaper. Later she took advantage of a free government course for under 25s in web development, learning the basics. As a mixed race woman she encountered both racism and sexism. Jana recently created a new event called Re:Engage. She told me:

“Re: Engage has a mission to keep the conversation going; to facilitate a diversity of ideas and initiatives that will embed inclusivity and diversity into the natural order of things; connecting the world from every perspective regardless of our differences. That’s a big audience! “

“Marketing, advertising, social media – these channels that are now the great influencers of our age – create aspiration and spread shame. Fake news, hate groups, hereditary bigotry, these things perpetuate the cycle of prejudice from the classroom. Add in discriminatory and exclusive advertising campaigns and bias continues to  be perpetuated through ignorance.”

Turn our differences into similarities

“Companies are often unconscious of this weak spot because their teams aren’t diverse and inclusive resources don’t exist, or are hard for them to source.

So it isn’t just about introducing a wide range of role models and turning our differences into similarities. It is also about sustainable business growth. Brands that are inclusive and diverse inevitably appeal to a wider audience.”

Jana’s perspective chimes with my own. I’d already had all kinds of job titles living and working in London for various digital agencies. At startups and small agencies with big clients, in a diverse city, my background, skin colour and gender weren’t an issue. Moving to Brighton 15 years ago, in some companies I was asked questions about my heritage that I hadn’t heard since being a child in the 1970s. “Why did your parents move here?”

A Force To Be Reckoned With

I looked young for my age, so I would mitigate by name-dropping; mentioning working with Microsoft, or building that first Channel 5 website when I was 25, managing big teams. Later, as SheSays Brighton grew, we noticed that the best companies here were beginning to improve and take notice. Two thousand women in tech, digital and creative are a force to be reckoned with.

Immersive tech expert and digital veteran, Bushra Burge has taken on similar challenges in her career. She shared with me:

“The tech industry determines how society and culture functions, so it is critical that there are more diverse voices in the mix to reflect the people it impacts. This is also an industry with more jobs than people, so it is a good place to find interesting, well paid work.

However it is fair to say that as a women of colour coming into tech, tokenism is a given. You will not be left alone to get on with your job, instead have varying degrees of judgement being under scrutiny, surveillance, undermined and your motives mistrusted. Unintended bias, micro aggressions to overt aggressions, more than your white male counterpart, even if your integrity and skills are well-proven in the industry. “

“There are many reports about how this drives a lot of women and particularly BAME women out of the tech industry. Do not despair ! There are ways to deal with this.”

“Find a company with a very clear code of conduct. Ask anyone and everyone; black, white, gay, trans, what it was like working there, it will become apparent very quickly, the pros and cons of a particular company. Check ‘best places to work’ lists.

Companies that are open to talking about diversity and inclusion and have implemented public facing strategies.

Once you make it into your chosen company, find a sponsor and also an external mentor. Join diversity groups within your industry.”

Bushra is a great example of someone who is making a major success of her career, while overcoming prejudice along the way.

For me, having focused more broadly on women in tech for several years, the next step was to identify and work specifically to support more brown and black women in our industry.

Where were they? Brighton gets the blame: some companies still say ‘Brighton is so white’ and ‘there aren’t many people of colour (POC) in Brighton!’ But I knew, if I’d survived in the digital sector and lived in Brighton, then there would be more of us. I took part in a diversity course and went to diversity-in-tech conferences. I reviewed my Facebook friends and re-connected with brown and black friends from London. I connected with POC In Tech online, on LinkedIn and listened to what other experts in this field were saying.

Along the way, I shared it all. When I go to events, including my own events, I spot the women of colour in the audience and go and say ‘hi’. Never under-estimate the kind of racism that ignores the brown person in the room. I always try to include at least one other woman of colour speak at my SheSays Brighton events.

Here’s a handy playlist of just some of the awesome women of colour who’ve spoken at SheSays Brighton.

Diversity at the top?

Diversity and inclusion is becoming a hot topic for digital and arts organisations, keen to get funding by attracting people of colour and younger audiences from lower income backgrounds. Public funded bodies were keen to increase their diversity at the top. I was asked to join boards of PlatformB, Wired Sussex, Brighton Digital Festival, Lighthouse, Marlborough Theatre.

Connections are key. We need to create and nurture our own networks and communities, to support each other. This is the way to develop new paradigms of working, in which we all thrive.

Mariam Crichton of Wired Sussex points out that the adversity we’ve faced can itself strengthen us. She says:

“You’ve probably got an extra layer of insight and awareness that others don’t have, which is a huge advantage with certain products and services. Find senior mentors, influential people of colour.”

In a recent article about being the only black person in her company, digital marketer Temi Lasade-Anderson says:

“Twitter has been monumental for me, to find and connect with people of color in the tech industry. And, importantly for me, other black female marketers in tech (we’re a rare breed…or are we?). Communities like YSYS, Makers by Product Hunt and Non Tech Tech, have led me to Slack channels filled with people who look! Like! Me! It’s empowering to be (virtually) surrounded by my peers doing great things, forcing change, and bringing other people of color along for the journey.”

In the middle of The World Transformed festival, I went along to a POC-only writing workshop run by Red Pepper magazine, where I met five BAME people from Brighton, one of whom wanted to start a Women Of Colour group in Brighton with a couple of other women. A year later, we have a thriving Facebook group with more than 200 members; we meet monthly and it’s a fun space for women of colour of all backgrounds, ages and occupations to get together. We laugh a lot, support each other and build those connections. Each of us may be the only woman of colour on a project or in an office. But those barriers are inexorably coming down.

We are all learning: it is time to be a better ally to women, to LGBT and to people of colour, in fact anyone at the intersection of these groups.

If you are thinking about applying for roles in the tech, digital or creative industries, take heart, there is more support than ever – and now it’s your time to become a part of this thriving, lucrative global industry.

If you’re a company or organisation who’d like to talk to know more about my diversity and inclusion work, let’s talk. And if you’re a woman of colour in tech, I’d love to hear from you.

Code Bar Weekly meetup for women, poc or LGBT+ who want to learn to code for free

SheSays Brighton Part of global network for all women in digital and creative industries with events twice a year. Next event Oct 17.

People Of Colour In Tech

Refigure Podcast – my podcast on arts, culture, tech and diversity

Designers/illustrators I like, who are also women of colour:

WOC = Women of Colour (from US and adopted around the world)

Non-binary = people who don’t identify strongly with one gender

Pro-noun = the way a Trans or non-binary person prefers to be referred as, even if they may not present as such. He/His or She/Her or They/Them

If you’d like to know more words around race and gender here’s a handy article. 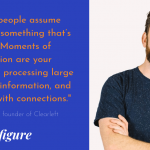 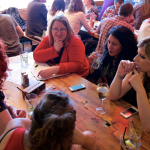